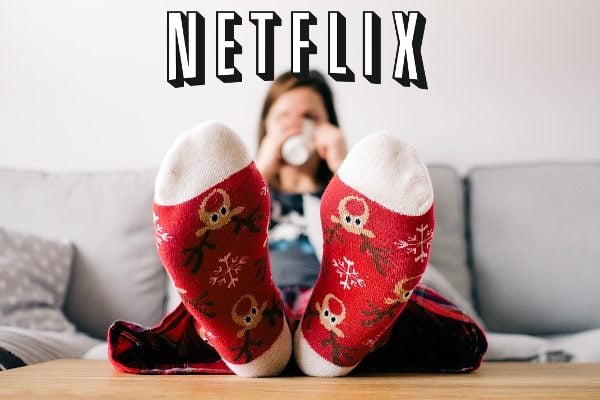 One of the amazing things about Netflix is how focused they are on original content. And during the holiday season, that means a TON of new Christmas movies on Netflix!

Here are all the Christmas movies in the Hallmark style (aka: cheesy romantic comedies) available streaming on Netflix! In fact, most of these films are Netflix Original Christmas movies! (update December 7th, 2021)

In another lifetime we had cable television and I loved watching all the Hallmark Christmas movies. But then we suddenly lost all our income sources and cable was one of the first things to go! Most of the time I don't even miss cable TV, but what I do miss is having access to all the cheesy rom-coms that come out during the Christmas season.

Yes these Christmas movies on Netflix all have a few things in common. They are predictable, uber-cheesy, and the acting is probably not going to garner many awards... but they are sort of like those guilty pleasure Carol Higgins Clark Christmas mystery books (I read at least 1 every season!). You spend a few hours with some fun characters, you know exactly what to expect, and yet you are delighted all the same!

Don't have Netflix? It's easy to get!

If you don't have Netflix on your TV, not to worry! There are many ways to start streaming movies right now, using devices you may already have!

If you've recently purchased a TV or Blu-Ray player, chances are you have a device with "Smart features". If that's the case, then you should be able to add Netflix directly from the device itself!

My in-laws gifted us this gorgeous Roku TV and we have loved the built-in Smart features. That means we only have one cord coming from the TV which is a lot easier to hide that 5+!

Most modern gaming consoles (PlayStation 3, PlayStation 4, Xbox 360, Xbox One, Nintendo Wii and Nintendo Wii U) come with basic streaming capabilities, including the ability to watch Netflix.

If you don't have a new TV or any game consoles laying around, there are still plenty of options for you to be able to start watching Netflix.

A super affordable option at $39, this device plugs into any HDMI slot and will have you streaming in minutes. We have this version which includes a headphone jack on the remote so you can watch TV while others sleep (ahem, my husband!).

Coming in at the same price, the Amazon Fire Stick is just $39 as well! You can't go wrong with either option!

I'm thrilled to say that this year the selection of Christmas movies on Netflix leaves nothing to be desired! I'm not missing cable one bit!

Read through this list, check out the fun covers (and some big names too!), and you're sure to find the perfect Christmas movie to watch asap! 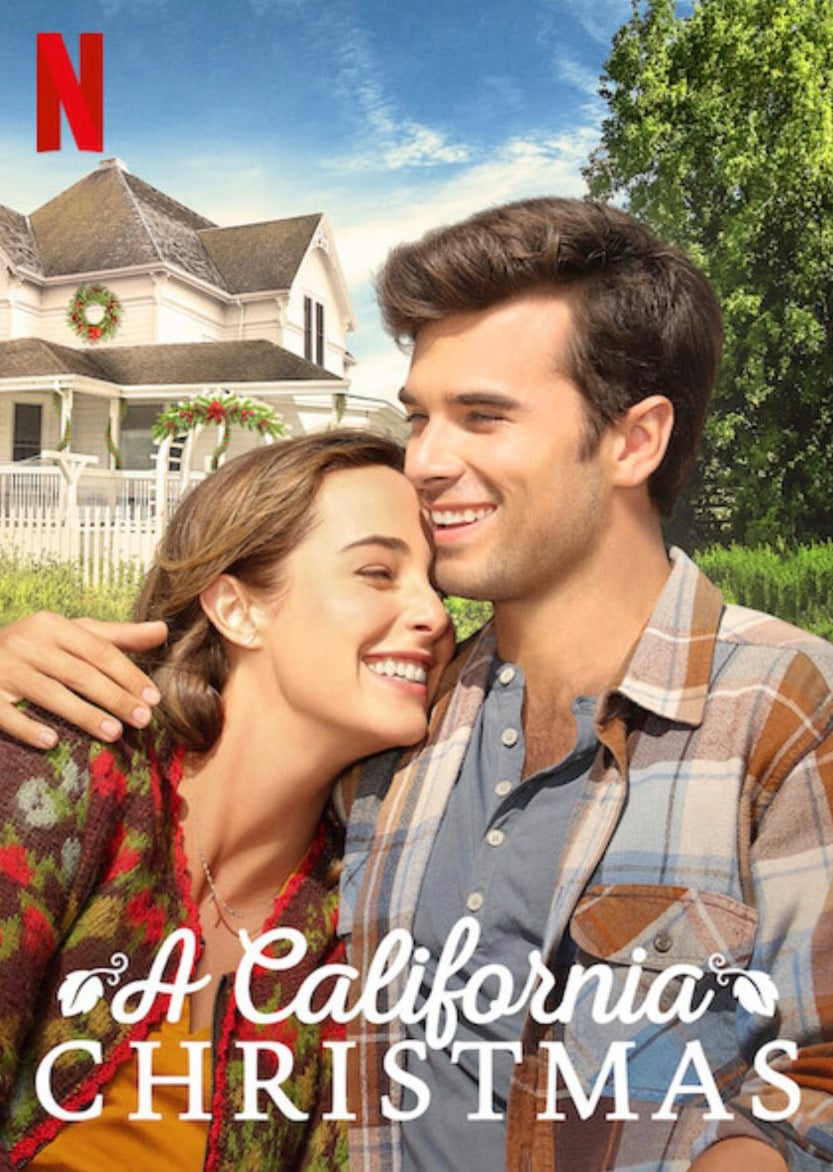 A California Christmas A big city business developer goes undercover as a ranch hand in an attempt to convince a hardworking farmer to sell her family land before Christmas. With a dying mother and a little sister to take care of, will she give in to his charms?
Watch 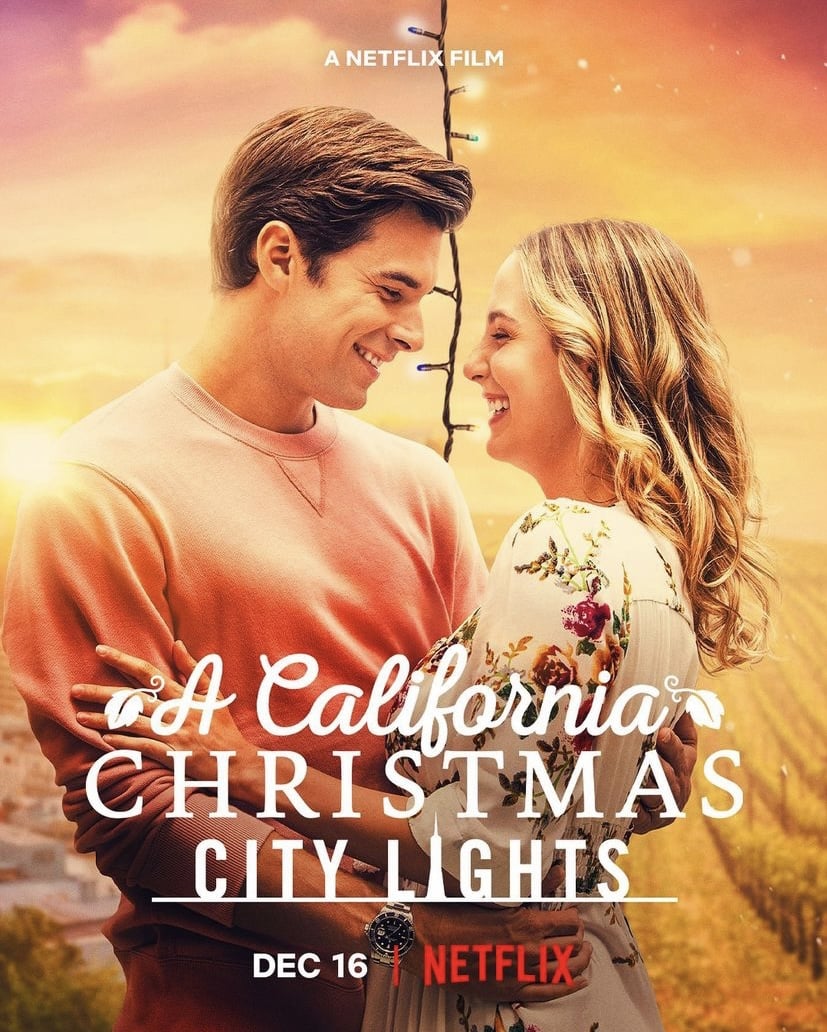 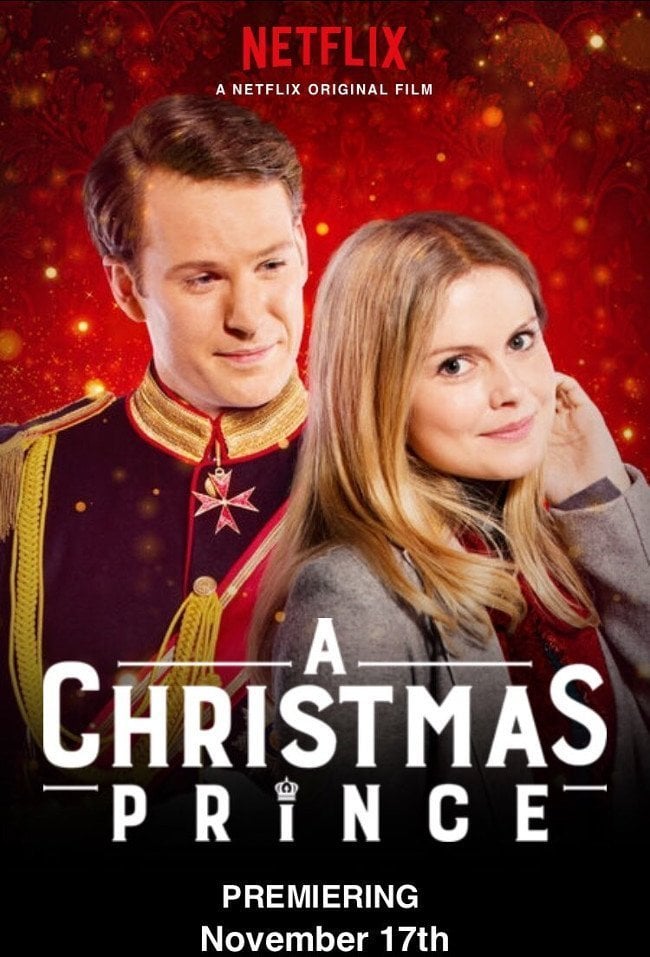 A Christmas Prince: This Netflix original shows that the streaming service really can give Hallmark a run for it's money! A fledgling reporter sets out on assignment to find all the dish on the royal family. What she didn't expect to find was true love.
Watch 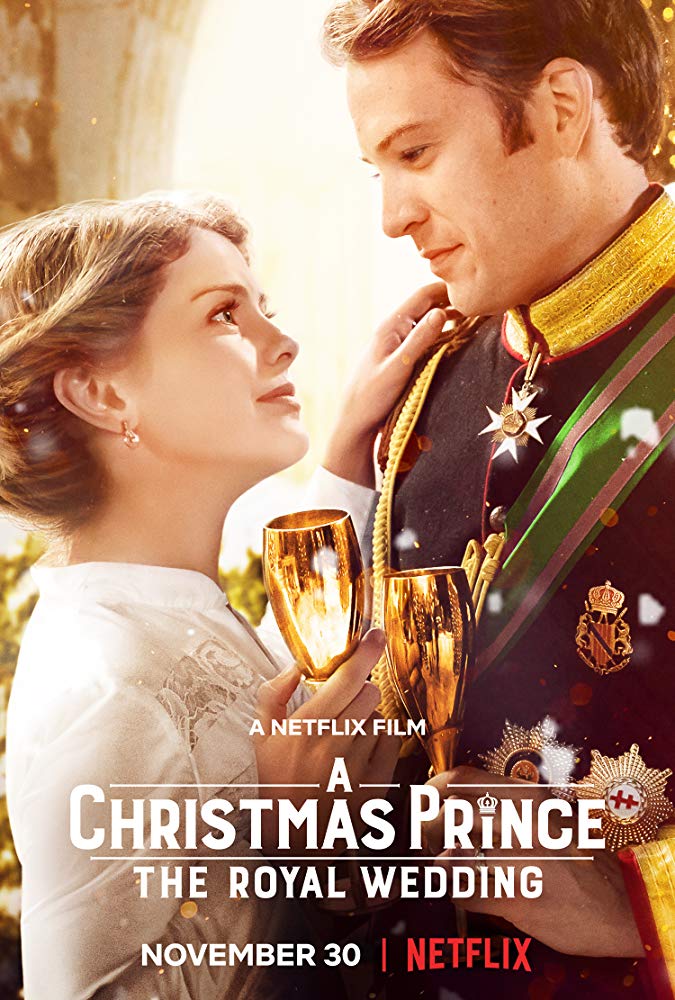 A Christmas Prince: The Royal Wedding - A predictable, but likely still fun filled sequel to the 2017 Netflix original "A Christmas Prince" shows the ups and downs of the newly engaged royal couple as they wind their way towards the happy day.
Watch 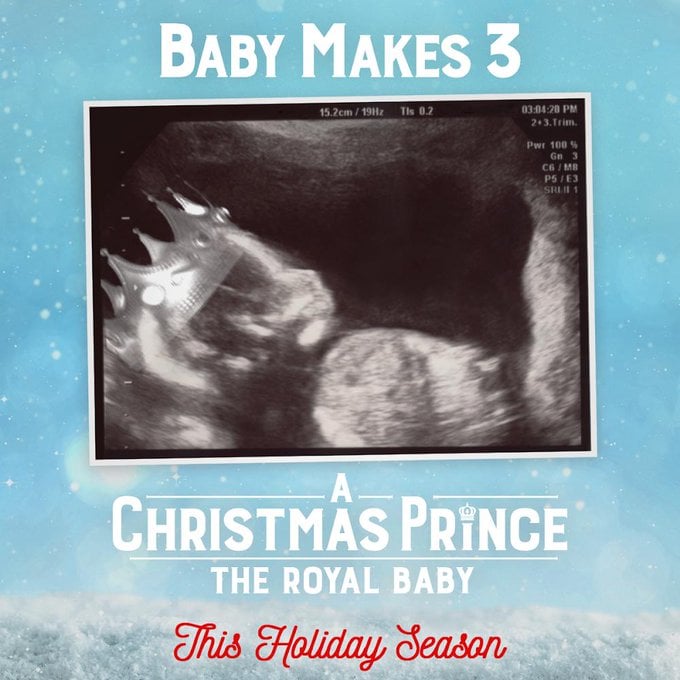 A Christmas Prince: The Royal Baby - The third installment of the Netflix original movie series, this movie will focus on the royal couple adding to their family. But not without a twist! A 600 year old treaty goes missing, putting the family in danger of an ancient curse.
Watch 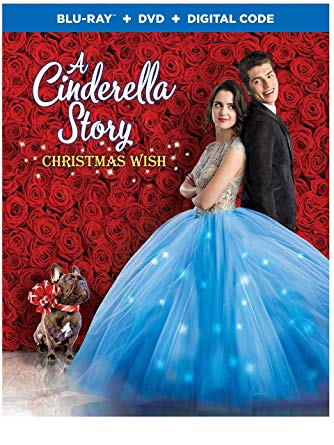 A Cinderella Story: Christmas Wish: A goofy Christmas twist on a classic story, our Cinderella is an aspiring sinder who works as an elf for the holidays. Filled with the Christmas spirit, despite her vain stepmother and horrid stepsisters, she's out to find her own holiday miracle.
Watch 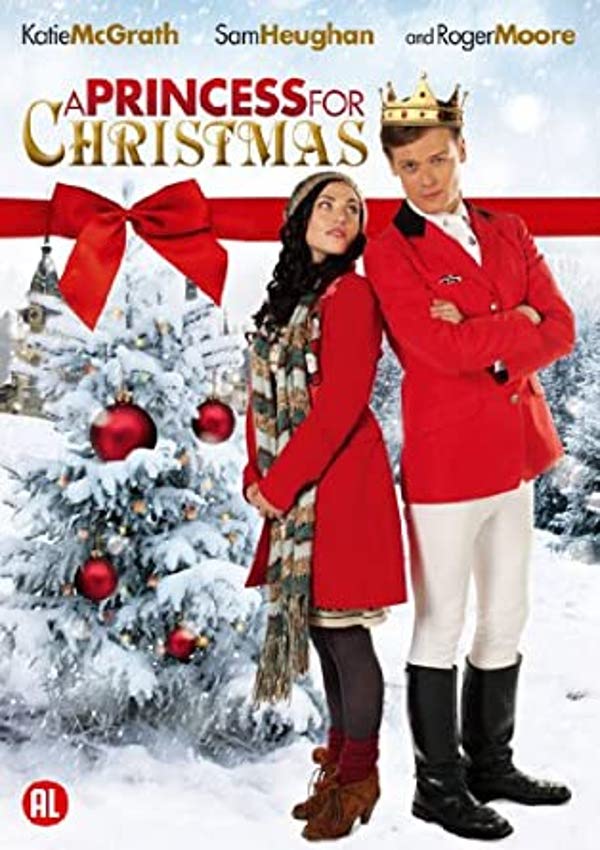 A Princess for Christmas A single aunt living in Buffalo New York is raising her niece and nephew, but longs for something more. When she and the children are invited to their long-lost grandfather's castle in Europe, their entire lives change. This movie features Outlander's Sam Heughan.
Watch | Buy 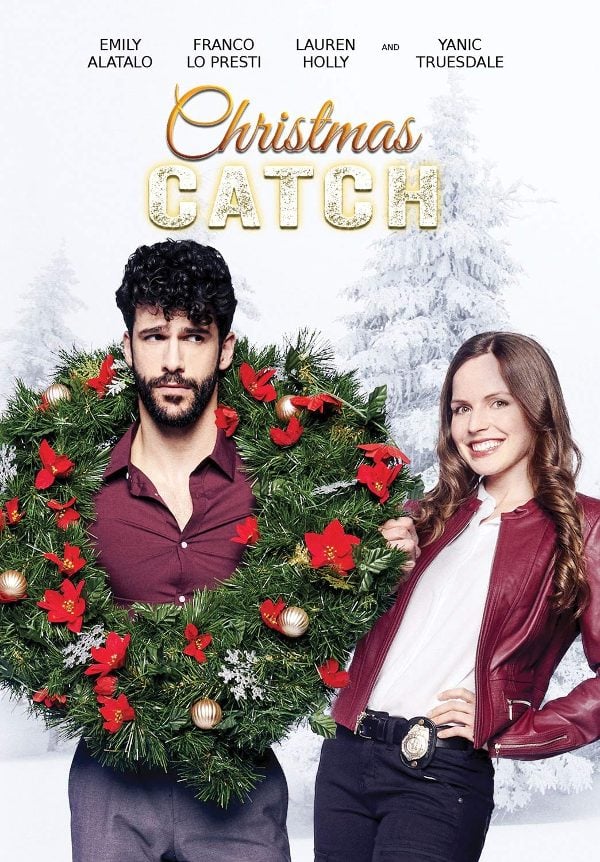 Christmas Catch An undercover cop with little luck in love, falls for a guy who turns out to be the prime suspect in a Christmas heist. But when the FBI asks her to investigate the thief up close, things get a bit complicated.
Watch | Buy 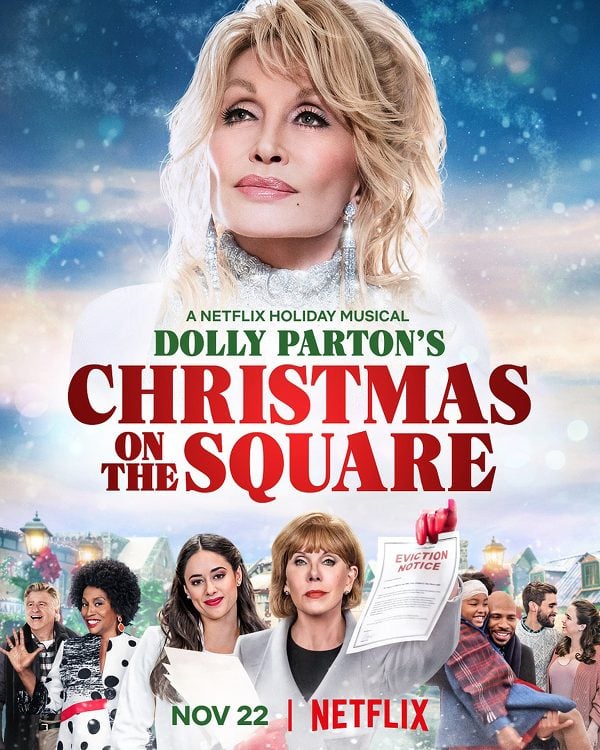 Christmas on the Square: A small town retelling of The Christmas Carol featuring 14 brand new songs from Dolly Parton, you are not going to want to miss this Netflix original Christmas movie! An ensemble cast lights up the screen in this heart-warming tale as a small town faces mass foreclosures from the town Scrooge.
Watch 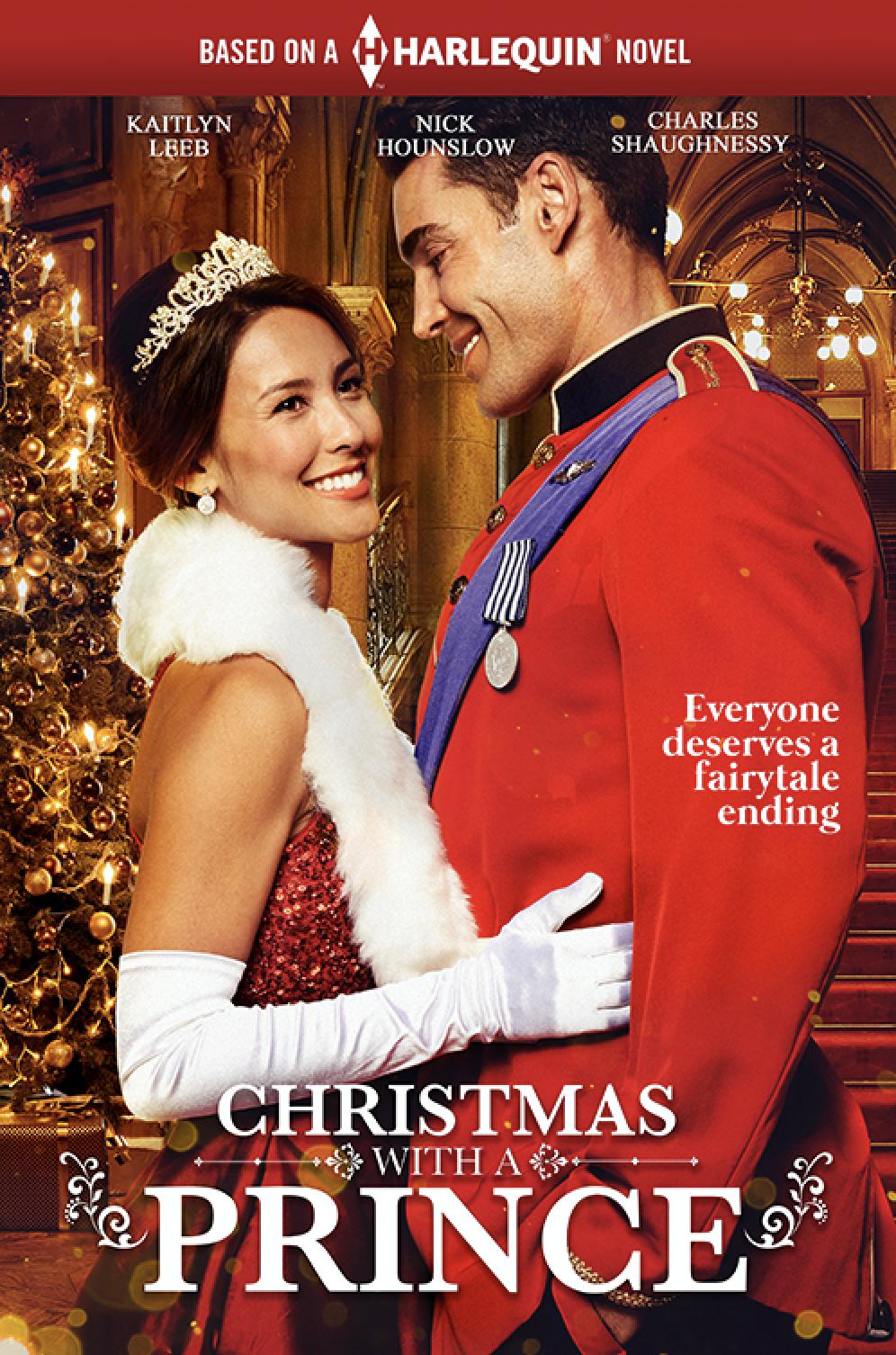 Christmas with A Prince: A young pediatrician working over the Christmas holidays is confronted with her past when a old college acquaintance shows up with a injury and needs a place to lay low. While he recovers, she is forced to reconsider her feelings about him.
Watch | Buy 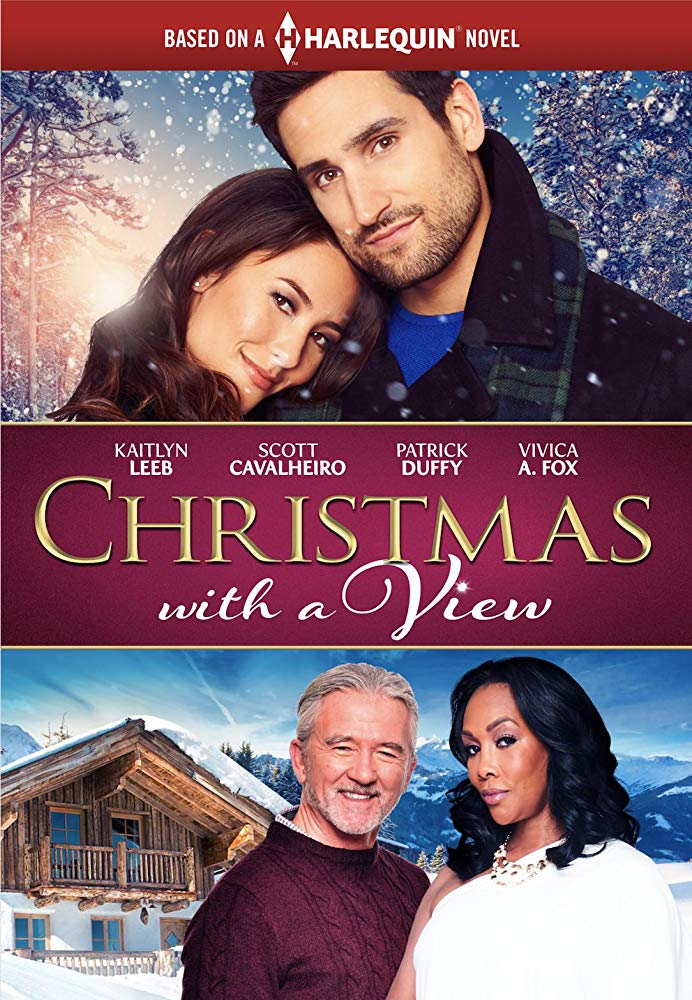 Christmas with A View: When a celebrity chef becomes the new head chef at her job at the local ski resort, Clara takes an instant dislike of him. But she can't seem to stop running into him everywhere! Will she eventually see how much they have in common?
Watch 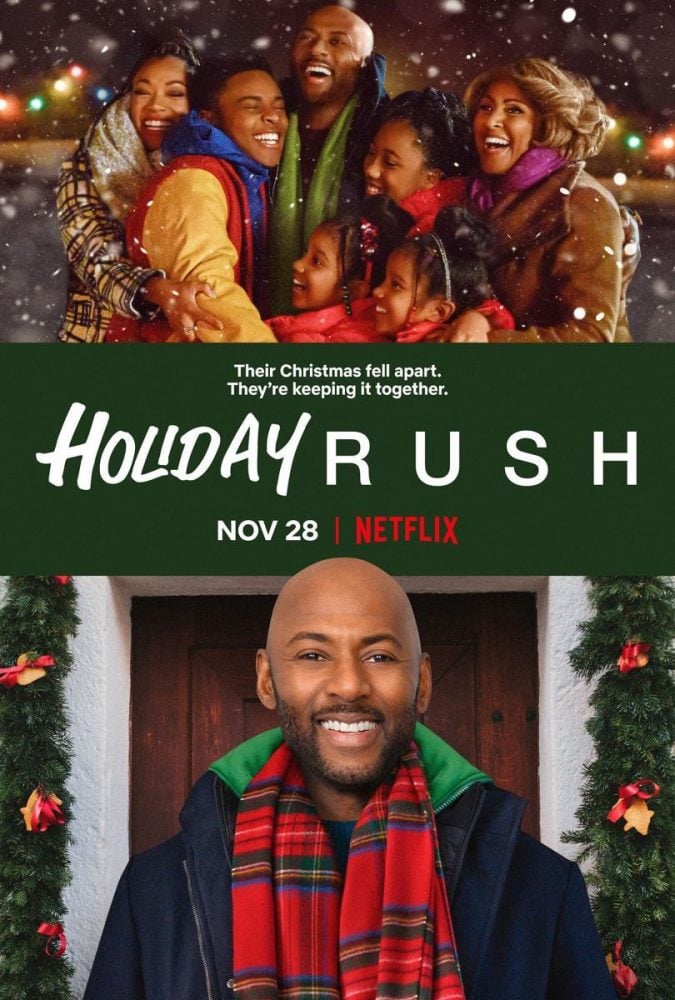 Holiday Rush: When his popular radio show is cancelled just before Christmas, a widowed DJ and his four children must make some drastic changes to pull their lives together.
Watch 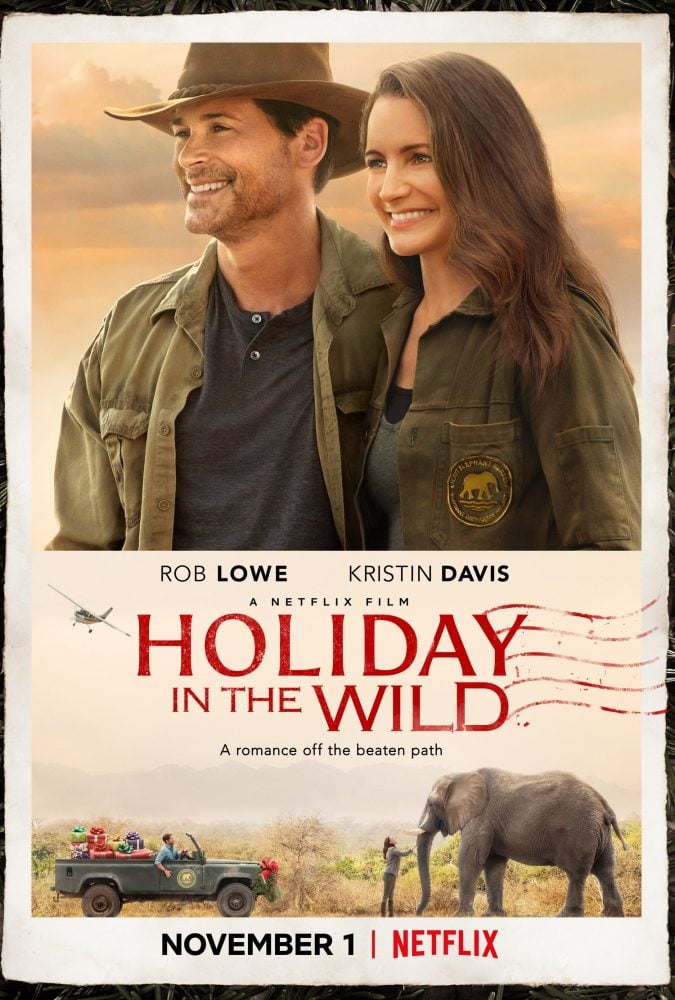 Holiday in the Wild: Kate is alone in Africa on what was supposed to be a second honeymoon - but her husband decided to end the marriage. Trying to find purpose, she finds a lot more than she bargained for... including romance. Staring Rob Lowe and Kristin Davis
Watch 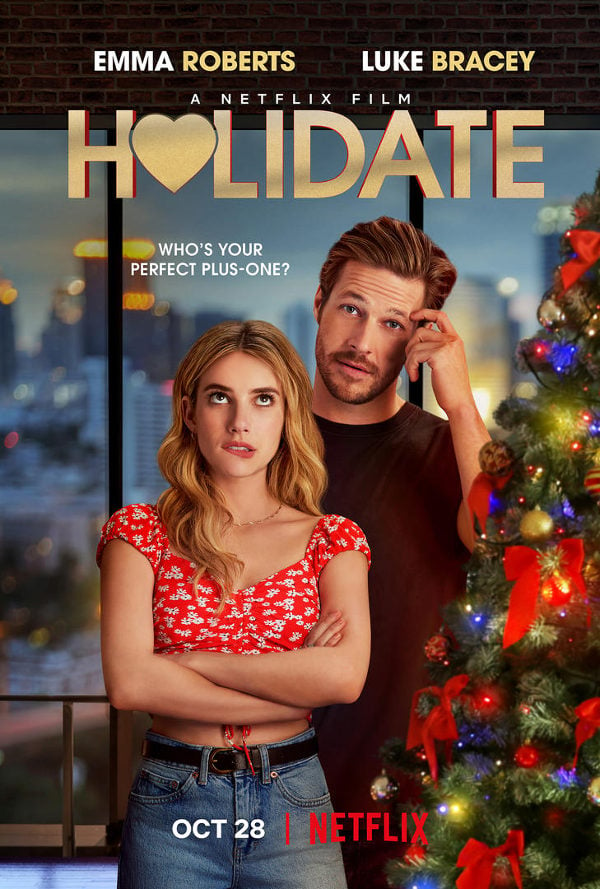 Holidate: Fed up with being single during the holiday season, two strangers agree to be each other's plus-ones... with one big exception... it's totally platonic. But when one of them catches real feelings, can they find a way out of the friend zone? This Netflix original Christmas movie looks like a blast!
Watch

Note: Now that Holidate is out and I've had a chance to watch it, be aware this is not a family friendly movie :-) 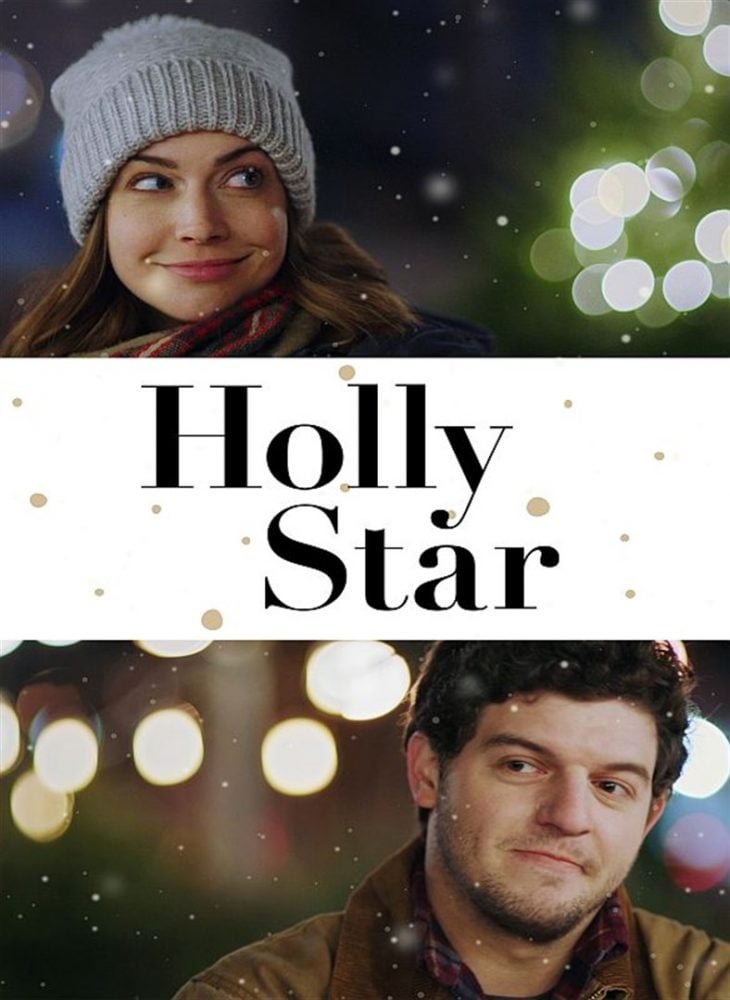 Holly Star: Sloan is home for the holidays, and her career as a puppeteer has stalled. But she's sure there's buried treasure somewhere under her town - can she find it without losing everything else?
Watch 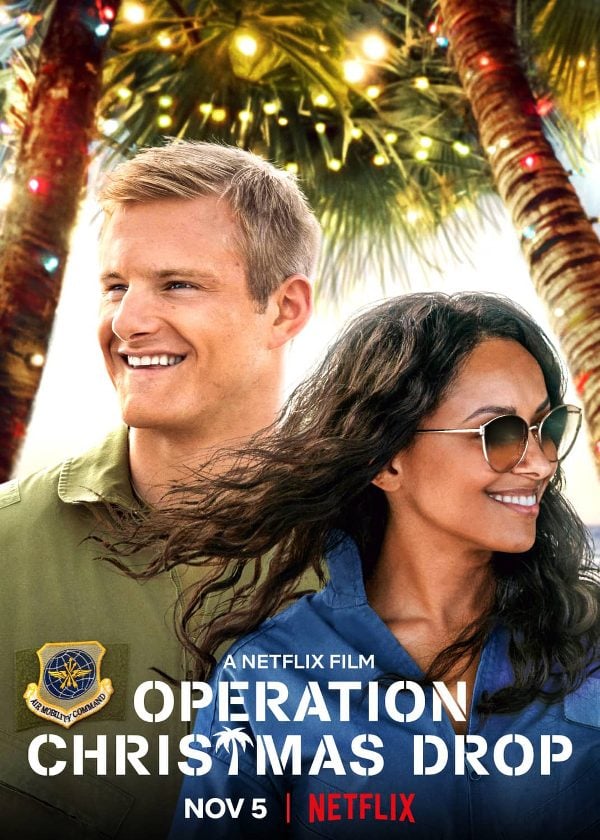 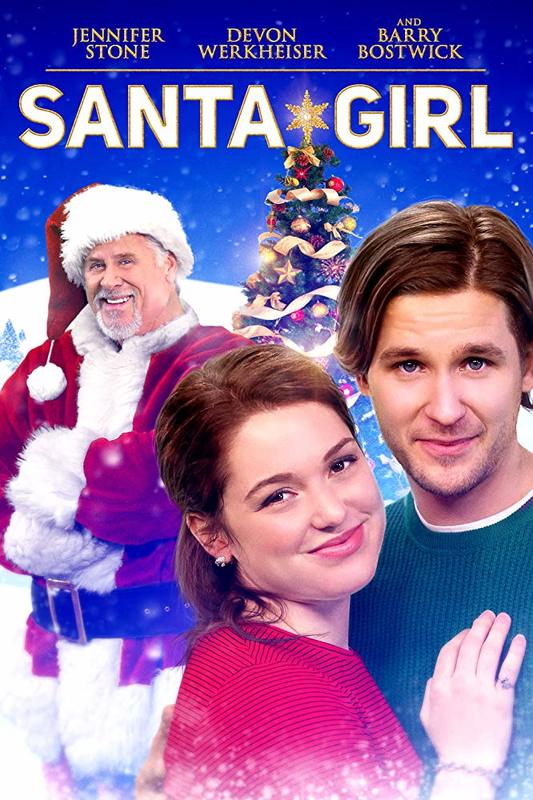 Santa Girl:Desperate to escape an arranged marriage, Santa's daughter makes a deal with her dad for a magical adventure of her own: college. But will she find love as well? Barry Bostwisk stars as Santa.
Watch 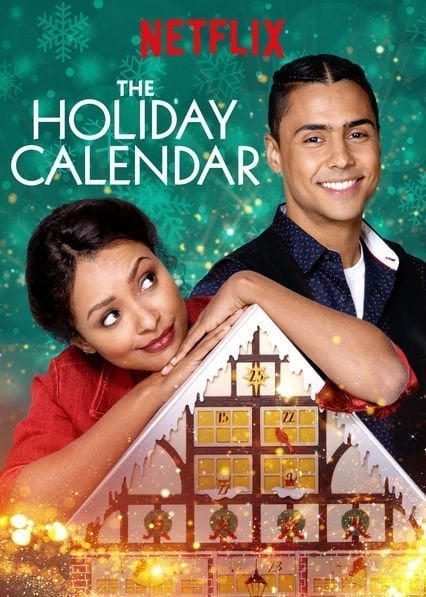 The Holiday Calendar: A Netflix original featuring 2 "This is Us" stars is all about the magic of Christmas. Abby is a talented photography struggling to chase her dreams. When her grandfather gives her an antique advent calendar, magical things start happening all around her. Will the magic of the calendar lead her to love and more?
Watch 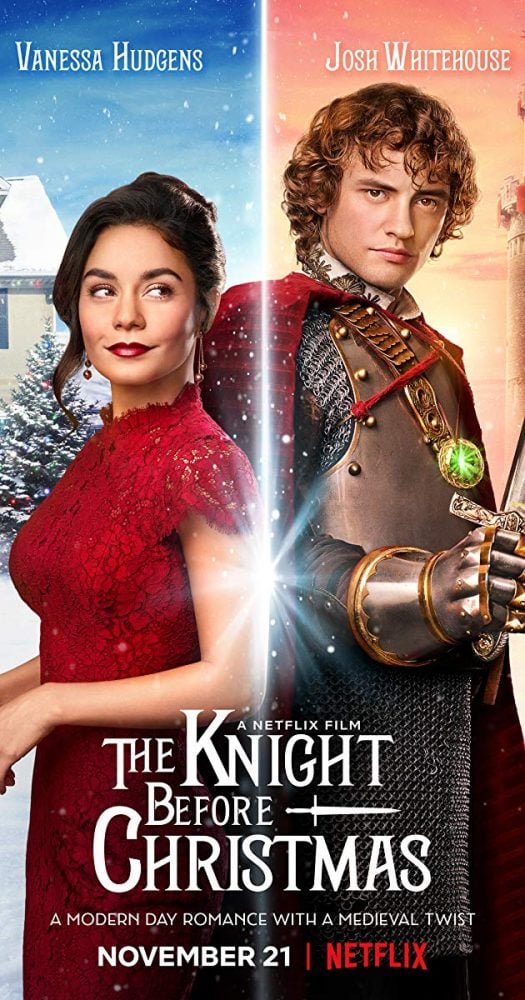 The Knight Before Christmas: When an old crone sends Sir Cole forward in time, he must complete his quest by Midnight on Christmas Eve or face never becoming a true knight. But when he meets a high school science teacher who thinks true love doesn't exist, things take a drastic turn.
Watch 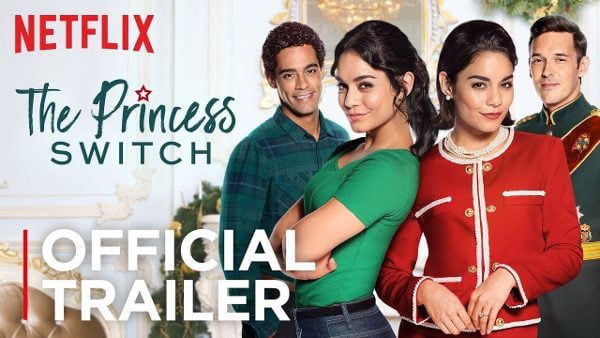 The Princess Switch: A down-to-earth baker and a princess swap places at Christmastime. Soon they discover they prefer their new lives! Will the magic last? A predictable, but fun Christmas rom-com featuring Vanessa Hudgens.
Watch 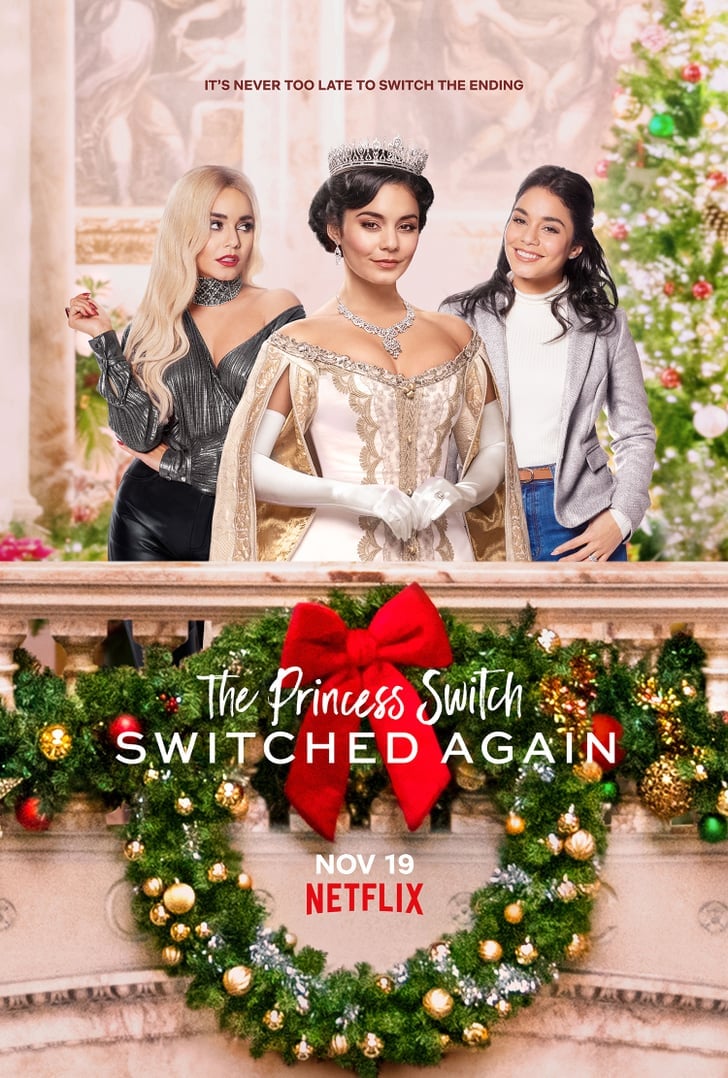 The Princess Switch: Switched Again: Princess Margaret is becoming the Queen in a Christmas coronation, with her double by her side to help along the way. However, when a third look-alike shows up, will their plans be left in ruins?
Watch 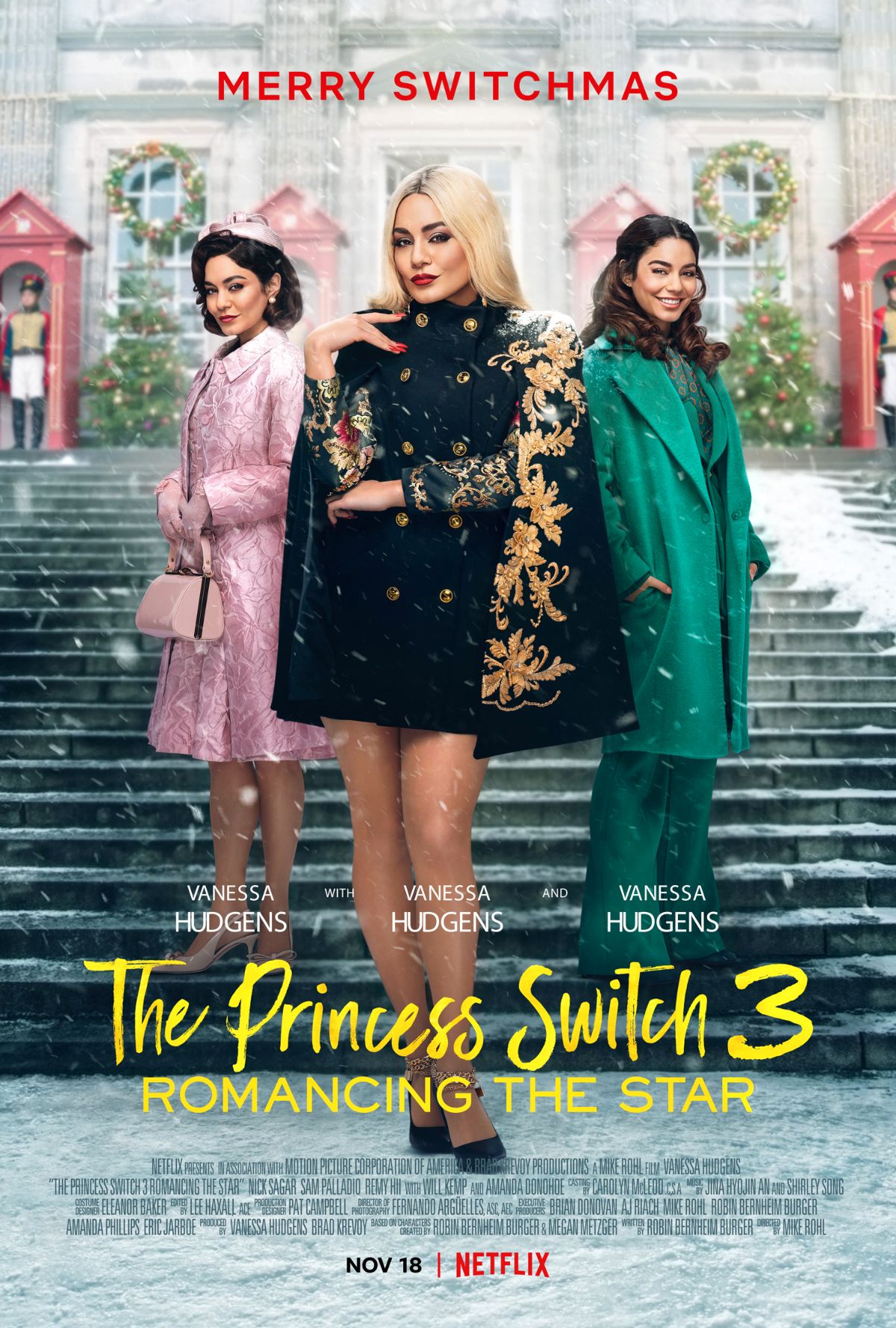 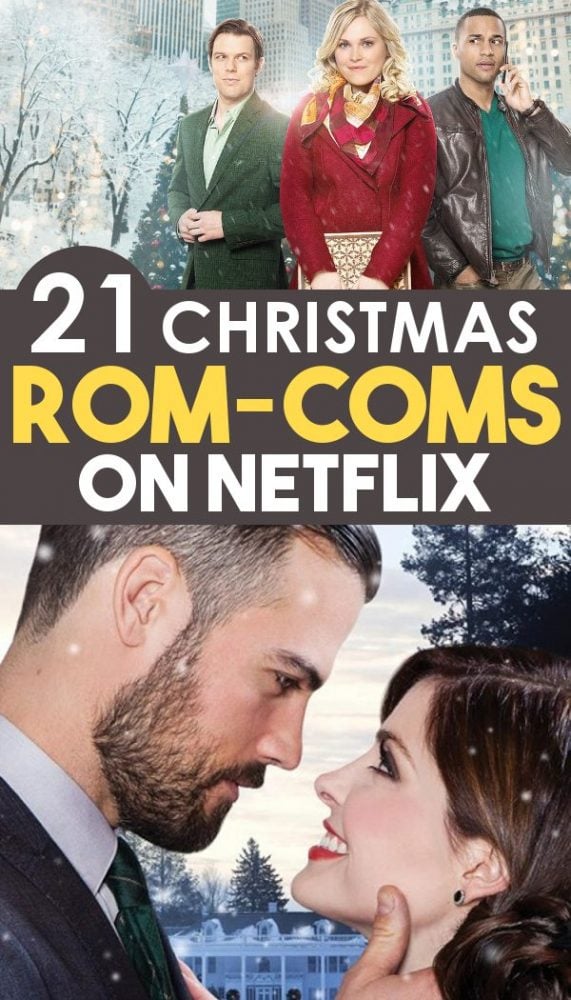 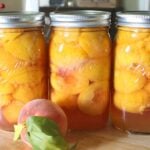